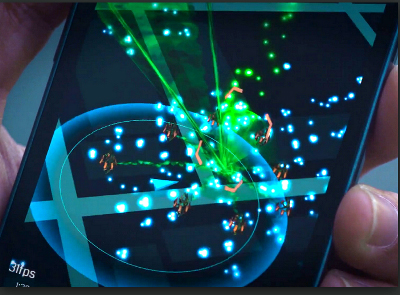 The 52 miles of our park have been used for years for hiking, biking, walking, birding, etc., but did you know there is an electronic battle going on right under our noses?

We know about GeoCaching where small Tupperware containers of trinkets have been hidden in the woods alongside the trail, and people use maps, compasses, and GPS coordinates to find the treasures.

But, now the trail is involved in an international computer game of "capture the flag" with thousands of players! 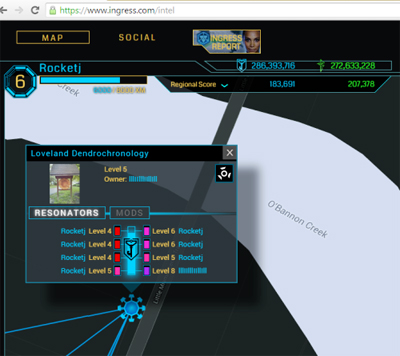 Have you seen people running or biking up the trail, stopping, typing something in their phone, and then scurrying on? They are involved in a complex computer game called "Ingress," a sophisticated game that entails defending, capturing, and maintaining "portals" which allow "exotic matter” or “XM" into our universe. As in Capture the Flag games, there are two teams. The green team (called the “Enlightened Team”) believes the XM is good for the Earth, while the Blue team (the “Resistance”) believes the XM is bad for the Earth. Portals can be any public landmarks—historical markers, sculptures, or other points of interest in parks, museums, and cities all around the world. Our Little Miami State Park contains many of these features which have been designated as portals.

The two teams battle for control of these portals, often on a daily basis, and it is not uncommon to see people out on the trail at 2 a.m. “hacking portals.” Like most computer games, Ingress has many “levels" and you must earn points to level up.

The game is a great way for kids (and adults) to get outdoors together in the natural world, discovering new places while enjoying computer game/smartphone technology. It is also fun competition!  There are portals up and down the Little Miami State Park. All you need to join the fun is a smart phone and the Ingress free software app which can be easily downloaded at ingress.com/intel.