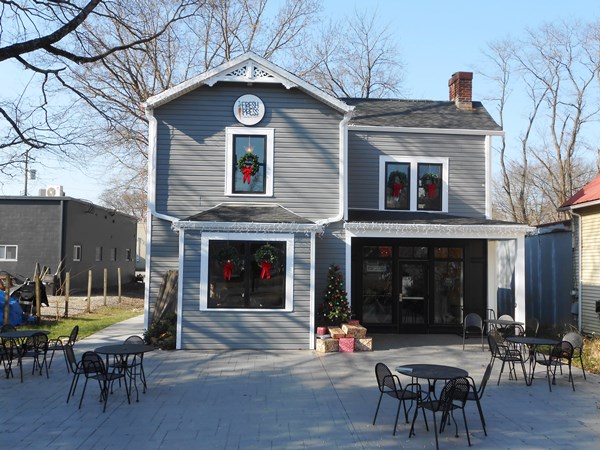 On November 29 the TTA Crew, bolstered by the most welcome presence of Jeanne Corgiat, Janet Slater and Rod Gossett, returned to the heart of downtown Loveland to try the offerings at Fresh Press, which is located on the west (river) side of the bike trail directly across from the previously reviewed Works. Fresh Press, basically a breakfast and lunch restaurant, is located in a beautifully refurbished historic house which fronts directly on the trail, and offers bike racks both right at the trail and at the front door. Breakfast is served from 7 until 11, but may be had later upon request. Lunch offerings are limited, and tend to be a bit pricey. As the name suggests, emphasis is placed on healthy fare. No alcohol is served, but smoothies and coffee, including expresso, are available. A very extensive outdoor patio extends from the trail to the front door. Interior seating, while in a light and airy area, is limited. Orders are placed at the counter, and food is delivered to tables. 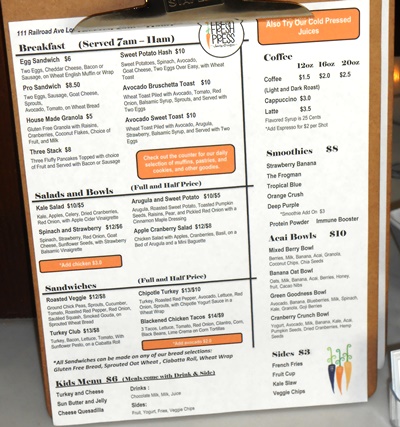 Unfortunately, we found the kitchen to be overwhelmed by our party of five; each order was delivered individually, with complete service for the table spanning at least ten minutes. As a result, any hot dishes delivered first were cold by the time the last person was served. All offerings are served in generic plastic-coated pressed cardboard tubs, lacking any aesthetic appeal. Eating utensils were all plastic, with the knives incapable of cutting a strip of bacon.

Jeanne ordered the Avocado Sweet Toast with eggs for $10 from the breakfast menu, while Janet picked an Arugula and Sweet Potato half-salad for $5, accompanied by a Deep Purple Smoothie for $8. Both Jeanne and Janet found their food a bit heavy on the vinegar. Janet liked her smoothie better than her salad. Both ladies’ orders were delivered significantly later than their dining companions’. John and Rod both ordered turkey sandwich wraps. John's was chipotle style with bacon and fries on the side, which set him back $15. Rod's club style with veggie chips was $13. Both were deemed "OK," though perhaps not worth the prices charged. Rod found the veggie chips tasteless and offered more of them to the group than what he ate himself. George, wanting something lighter for $8, asked for two eggs sunny-side-up and soft bacon. What he got was two eggs over easy and well-done bacon, all of which was stone cold by the time the ladies got their food. 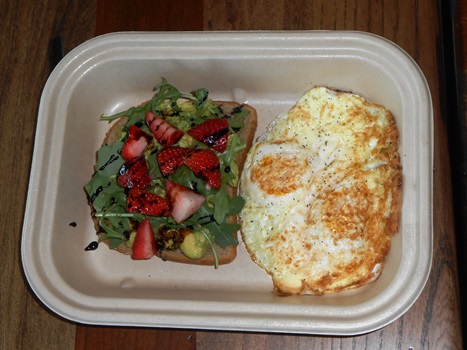 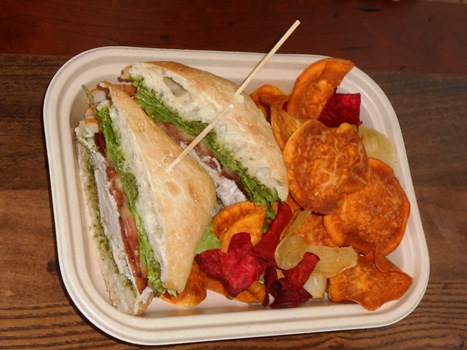 If you like eating healthy or have food allergies, then this is a good place to stop when out and about on the trail in Loveland. It’s probably not the place to go with a large group, however. Rod noted that it had the feel of eating at a food truck: place your order and wait for your food while the next person steps up to order. 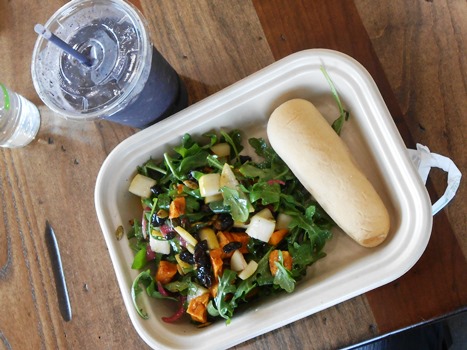 The Positives: GREAT proximity to the trail, attractive setting, pleasant personnel, and a light healthy menu for serious runners and bikers.

Our participants' ratings of Fresh Press varied depending upon their individual experiences, and ranged from 2 to 3 1/2. The group finally agreed upon an overall rating of 3 bells.